One-sided love pays off at some point

Tinder, made for quick sex and advertised with great romance, is my generation in app form. Unfortunately, my generation is so stupid that it doesn't deserve love.

A friend of mine ran through the dating app Tinder. He lives in a big city with a lot of pretty students and he has met a lot of them. One morning the display stayed blank. No new people around him. I'm not sure what to advise him now. Targeting women in the wild? Just meet someone a little longer? Ah-haha.

It's like serving a vegan lunch to a tiger: against nature. And more and more people my age are sliding right into this nature. We are changing. And we change each other.

I'm 29 years old and had a long, steady relationship until the summer of 2011. I had just finished university and was in good spirits to be able to start something new after a period of self-discovery. Unfortunately, it didn't work at all.

I met someone I liked a lot, but who had never had a long relationship and didn't want one with me either. He was smart and funny and soon left. I met someone fresh from a long relationship who wanted a new one and drove me completely insane with his attachment. I dated boys and girls, I dated more men in the next four years than in the previous ten years. I learned what I could have.

That really didn't make anything better. 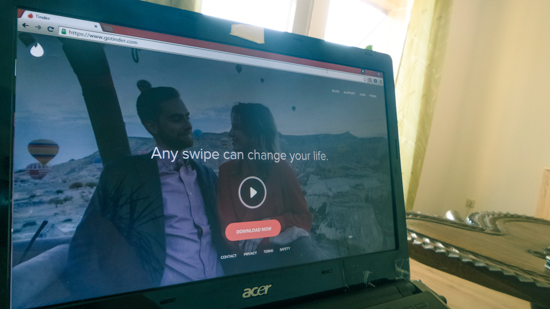 This story is totally commonplace; I know a lot of people who came from long, ultimately boring, passionless relationships, wanted to try each other and then got stuck on it.

Tinder is the character of my generation in app form and said friend is a very extreme representative. We're not all the same, even if books about this generation Y - why? - want us to believe that. We are well-trained little communication junkies. We have to improvise and have the will to make our life good, says Wikipedia. We take what we want. According to the Federal Statistical Office, every fourth person is in Germany.

We are 20 million egoists. We are stressed, we are afraid, we are free and independent and we love our possibilities.

We're pretty stupid. Two million of us need Tinder to get close to other people. The company advertises with the great love "Any swipe can change your life" and is used by people who can no longer stand love.

Friends of mine met great men through Tinder. They dined elegantly, learned new sports, had fantastic sex and, after a few weeks, spectacularly broken hearts. Others got bored on the verge of coma in “interview-style conversations”, strategic interrogations with the aim of exploring the other's nerve potential. 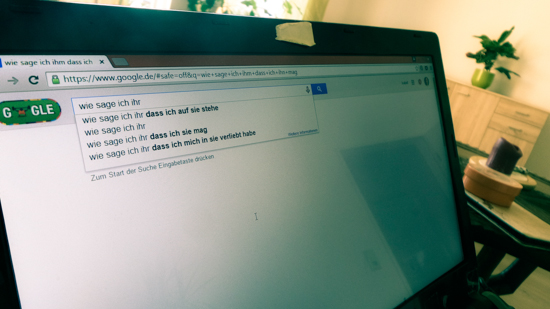 A friend says: Men look for sex at Tinder, women for great love. Everyone is looking. But just as a reminder: we have a hell of a lot, why should we look? We are like children in a playroom that is so overcrowded that we need a new model train because we can no longer find the old one. I would like to be like a child who still loves his teddy bear even when his fur is losing its shine. Who has changed their cuddly toy after mom washed it three months later?

Said friend who played through Tinder said the other day about a woman that his thighs were too bulky. Somebody once told me that I put pressure on him because I was annoyed when he made me wait in the blowing snow. These are excuses. Often enough the truth lies in the wonderful book title: "He's Just Not That Into You". Or: You just don't like him. Or you.

Which is okay. But suddenly we have so much comparison that we find things in everyone that we are not into. And the internet is full of people; there could be someone else who has no faults. I promise: He's not into us then. Because we are eternally dissatisfied people who have forgotten how to love, because we look at the bad in life and not the good. Nobody likes such people.

Does our generation deserve love? There are so many great couples. Some met at Tinder, and more and more met each other on the Internet. The Statista data portal has figures according to which 16.4 percent of all wedding couples met on the Internet. So almost every sixth. And these are only those who are getting married. 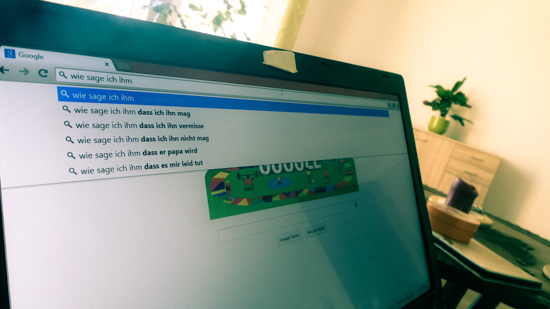 Let's say every third person is single. Singles in Germany are difficult to count, even if there are attempts from time to time. But how do we also want to count something that is constantly changing? How do we want to count “relationships” when the word makes millions of people feel sick?

But a third can be good, because around every third household is a single household. The people there then live in commuter relationships, opposite them are the shared apartments; let's say: a third of Germans are single. You can take a look at the census atlas: Our big cities are the wasteland of loneliness.

Or are they the oases of the individualists?

I think big cities are the melting pots of idiots. My generation is too stupid to fall in love No, maybe this relationship won't last. No, the next one is bound to have tighter thighs or stronger nerves if kept waiting. We see so many possibilities that our brains no longer dare to release love hormones. The optimal solution for happiness lies in the cooperation - both give, both trust in getting something back. Trust creates growth, but we have forgotten about trust. The generation of those who refuse to love now follows the generation of marriage contracts.

The economist speaks of individually rational behavior. How can we fall in love when we know that the other one sees all these possibilities too? In an economic sense, love is a prisoner's dilemma: if I fall in love but the other one doesn't, then I have a loss. If nobody falls in love, then at least nobody has lost. If they both fall in love, then everyone would be happier, but the uncertainty is too great.

Love is one of the greatest and most important things we can do with our lives. We can fall accordingly deep. We'd have to be crazy to bond with someone who could leave anytime. We protect our hearts. We're too stupid to love. We don't deserve it.

Why my generation is too stupid for love

An error has occurred. Please check your entries.