Have you dreamed of a Quoran?

Corona measures in Germany: Listen to the Koran

Cover up your face, ban on alcohol, protect senior citizens or wash your hands. The life-saving measures in the pandemic are already in the Koran. 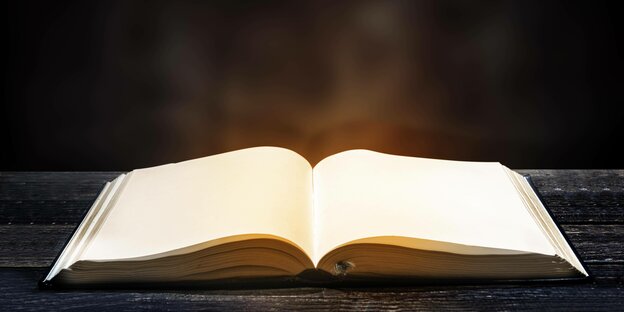 Whenever we learned something at school, my schoolmate said: “It says exactly that in the Koran!” Photo: h9images / imago images

“Islam is the solution!” At least that's what an annoying schoolmate of mine kept saying at high school in Morocco. Every time we had learned a new lesson in biology, math or physics class, he would say dryly: “That's exactly what the Koran says!” He then quoted a passage from the Muslim holy book to underline his claim . Human reproduction, trigonometry, even with the theory of relativity, he recited an appropriate verse.

I don't know which one he was quoting and I am annoyed that I and the rest of the class never really listened to him. How much I would like to conjure up suitable Koran verses spontaneously during debates in Almanya today!

I'm sure the would-be imam from my school would have great fun in Germany today. In times of life-saving corona measures, more and more rules are being drawn up and discussed. All - my former classmate would say - are exactly like this in the Koran: alcohol ban, face covering, regular and thorough hand washing, honor and protect senior citizens, support the weakest in society in solidarity, listen to science ... I was recently in a school building for a lecture and on a piece of paper there was the following sentence: "We respect each other and do not shake hands!" Oh! My! Allah!

The Koran even knows the best solution against swine fever, which is rampant in Europe. My breakfast has been pork (plague) -free at least since 1988 (see: Sura Die Kuh, 2: 173). Take that, Clemens Tönnies!

Now jokes about the Islamization of the West during the pandemic are something of April 2020. At that time caliphates were proclaimed and it was predicted that we would soon all be walking around in burqas. AfD people like to misunderstand this muscular humor and make ugly Instagram tiles out of it. Of course, there is no such thing as “Islam”.

On the contrary: the anarchic character of this umbrella religion allows for many projections, interpretations and practices. Accordingly, my classmate always found a verse to match his claims. That's why I can say at this point: Christian Drosten, read (the Koran)! In the name of your Lord who created (you also) (Surat Alaq, 96: 1).

One has to imagine Islamic anarchy something like this: In Islam it is like in German federalism. There are 16 different schools and each school interprets the laws and philosophies behind them differently. In the end, everyone is a bit confused and googled "Hotel accommodation ban Saxony-Anhalt Corona overnight stay allowed or not", then at least three legal opinions appear on the first page of results, which completely contradict each other, and in the end everyone realizes: Saxony-Anhalt is anyway haram.