Which is the most unnecessary intelligent device

Again and again - especially recently - one reads about how weak the sales figures of the Apple Watch are supposed to be, how unnecessary the part is and how little the world has waited for it. And you have to be completely honest here: The Apple Watch is not a gadget that you ABSOLUTELY need. It does not have the status of a smartphone, without which you can no longer do so, but is more of a nice extra for all iPhone owners. An additional screen for the iPhone. A screen that you don't have to take out of your (pants) pocket every time, just to switch on a song or to reply to a tweet with a simple fav.

The problem with the Apple Watch is false expectations from the media and buyers. Because anyone who expects the gadget to have a similar status to the iPhone will most likely be disappointed. WatchOS 2 won't change that in the fall either. And Apple doesn't want that at all. The Apple Watch is supposed to be a device for quick interactions, a device with which you can briefly do a context-, time- or location-dependent task and a device that acts as an additional screen for the iPhone. 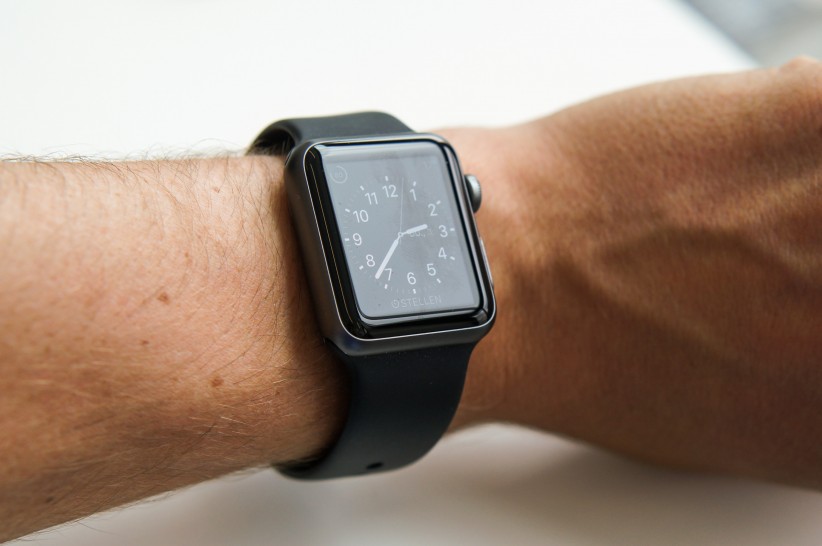 To better understand Apple's intentions, it is always worth taking a look at the developer documentation. Here it is often explained exactly why certain things are the way they are and you get a good impression of how Apple envisions an optimal design and interaction form for third-party apps. The presentations at Apple's developer conference also offer valuable insights and hidden information. To do this, however, you have to read between the lines, because of course no Apple employee will reveal anything on stage. The best example of this was the “Platforms State of the Union” keynote at last year's WWDC, where third-party developers were sworn to variable app sizes and dynamic car layouts. At the latest when the screen dimensions of the iOS simulator could also be adjusted to any pixel information, it was actually clear that larger iPhones would come a few months later. But of course you couldn't say that officially.

And with the Apple Watch, too, it is worth taking a look at the developer documents in order to set your own expectations correctly before buying. Apple speaks of "lightweight interactions" throughout:

Apple Watch was designed for quick interactions that efficiently use the size of the display and its position on the wearer's wrist. Information is quick and easy to access and dismiss. The best apps support fast, frequent interactions and focus on the content that people care about the most.

And so were my expectations regarding usage. I don't use my Apple Watch to spend hours browsing Twitter or Instagram. But only for short, very precisely defined tasks. Then, for example, when a notification arrives to which I can react quickly with a tap or I know exactly what I want to do. That can be a swarm check-in for which I don't want to take out my smartphone or a clumsy “yes” in response to a text message.

For me, it has also proven useful not to push all notifications through to the watch. To do this, I deactivated all app notifications immediately after the purchase and then only activated a few important ones. This is how you avoid the famous notification overload. If I install an app, I check very carefully whether a notification on the watch makes sense or not. In principle, apps are used more often, where you can react to them directly in the notification. For example on Twitter, where there is the possibility to favor the tweet with one click.

Honestly, I am happy with my Apple Watch. I think it's a beautiful gadget that feels good on the wrist. My expectations of the watch were set correctly, I am satisfied with what the watch can do now and I am looking forward to the future.

My hopes are largely in the area of ​​authentication, NFC and low-range Bluetooth connections (iBeacons). Something that is always on your wrist like the watch can be a very powerful tool in everyday life. Apple itself provides the strongest use case with Apple Pay. Even if one could argue that the iPhone in your pocket as a means of payment is basically just as cumbersome to use as the NFC debit card in the other pocket, the Apple Watch is always ready for use on the wrist. One tap on the payment terminal and that's it. The watch could also function as a digital key for apartment doors, hotel rooms or cars. One tap on the door lock and the door is unlocked. Here, too, Apple itself delivered the first case with a cooperation. The room doors in participating Starwood hotels can easily be unlocked with the Apple Watch. And some car manufacturers are also working on the clock replacing the car key: 7 manufacturers, including BMW, Porsche, Tesla and VW, already have suitable apps in the store. If the watch was positioned as an extra screen on the wrist for the introduction, I firmly assume that the focus will be much more on the authentication aspect in the future. The watch as a digital confirmation that a certain person is physically there.

In this context, the recognition of behavioral patterns and intelligent linking of location and time information is also interesting. Apple writes about this for developers:

Make glances contextually relevant. A glance should always give people useful information. For example, you can use time and location data to provide information that matters right now.

In the ideal case, the watch recognizes in advance what the user wants to do when lifting the arm through a variety of sensors. If you are near your car, the car app appears, if you arrive at the airport, the boarding pass appears, in the supermarket the payment function or customer card appears. The foundation for this has already been laid: Displaying boarding pass and suggesting supermarket app is already working. The ÖBB ticket app is also suggested on the iPhone lockscreen if you are near the train station. The assignment is based on a usage data analysis. Because the respective apps are increasingly being used in certain locations, namely branches or train stations. In combination with Bluetooth signals and NFC, this context awareness could be very interesting.

Today for the first time I checked in with the QR code on my watch and boarded an airplane. If paying via Apple Pay works in this way in Austria, this use case alone justifies the Apple Watch for me. In any case, I am curious to see what will come in the other areas of activity. And until then, I'm just happy with my watch :-)