Who wins with Brexit

Politicians in Brussels and other European capitals like to explain to the British that they themselves would be the worst victims of leaving the European Union. However, a new study shows that the EU itself would have to cope with major losses as a result of Brexit. Completely different from other regions of the world. That comes from a report of the United Nations Conference on Trade and Development (Unctad).

According to the report, China and the USA in particular could benefit greatly from an unregulated Brexit. If Great Britain left the EU without an agreement, however, the other European states and other trading partners of London would record significant export losses.

Unctad calculates that Great Britain represents 3.5 percent of world trade. The country imported goods worth $ 680 billion last year. More than half of the imports came from other EU countries. 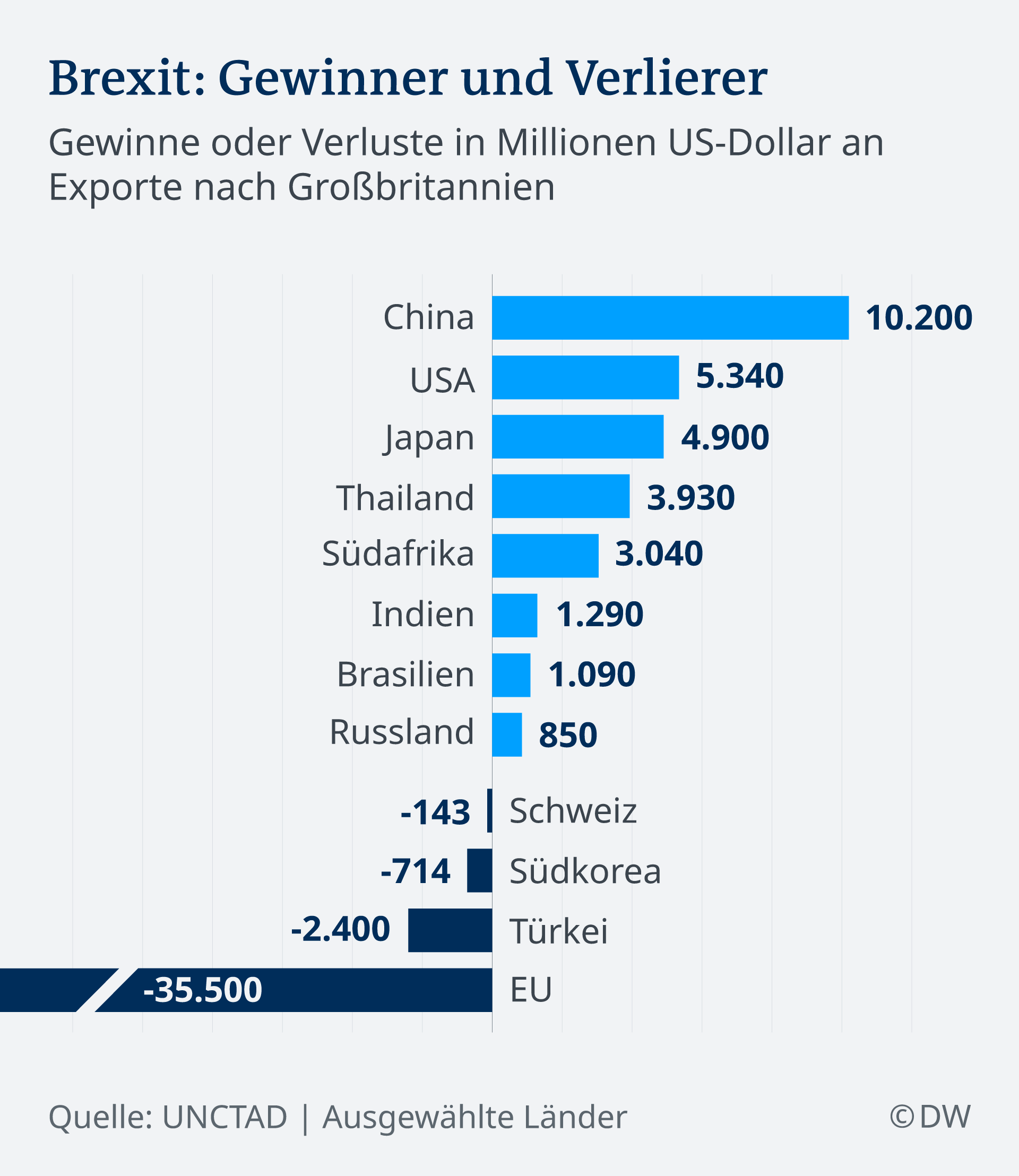 In the event of a no-deal Brexit - that is, the UK leaves the EU without a transition phase to negotiate new agreements - the rules for trade would change suddenly. European exports to Great Britain would then decline by 35 billion dollars, according to the Unctad study. Turkey would also lose heavily and would have to reckon with losses of 2.4 billion dollars. But even little Switzerland would still lose.

"Brexit is not just a regional matter," said Pamela Coke-Hamilton from Unctad about the results of the study. As soon as London leaves the other 27 EU countries behind, Coke-Hamilton said, "it will change the ability of non-EU countries to ship to the UK." Unctad's report was released while the EU and UK wrestled over a possible postponement of London's exit date. This is to prevent an unregulated Brexit.