Why are goats stubborn

Stubborn? The social behavior of goats

Goats are extremely social animals with strong bonds with one another. They are herd animals that want to live together in a group whenever possible. You can read more about the social structure of goats in this guide. 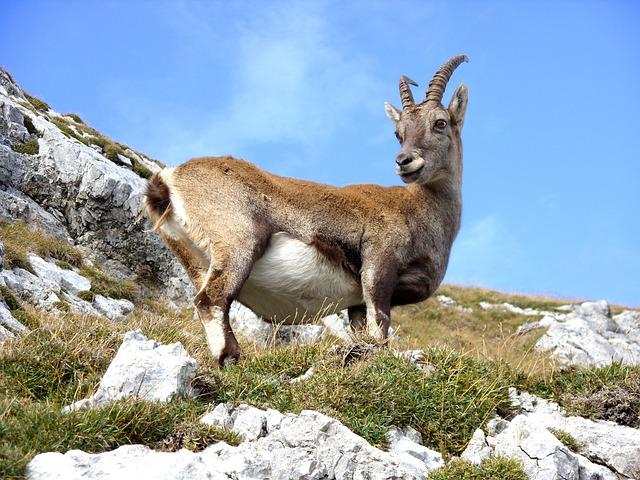 Goats are naturally herd animals and definitely have one complex social behavior. If you want to understand this, you first have to look at the social environment in which goats live in nature. The animals join together to form small groups that are comparable to a family clan. So most of the animals in the group are related. The groups are structured matriarchally and are therefore dominated by females, as the bucks leave them to find a partner to mate in another group as soon as they reach sexual maturity. Because of this group structure, (female) goats entertain social tiesthat are very tight and can persist throughout the life of the animal.

However, the ties are mostly between the rams, the male goats, and between the rams and the female goats not very pronounced. Since the females rarely change groups in adulthood compared to the male goats, female goats are usually correspondingly skeptical about newcomers of the same sex. This fact should be taken into account when adding new females to a goat herd. Since a change of group is more the rule than the exception with bucks even in nature, this is usually also in captivity not a big problem which of course does not mean that it is not to small arguments can come between several males.

The billy goat - not as stubborn as its reputation

Hardly any other animal is so well-known for its already proverbial Stubbornness like the billy goat. Otherwise, less positive attributes are associated with it. In reality, the billy goat's behavior - especially the latent tendency to aggression - is more likely external circumstances as owed to posture than to nature. Often times the animals are on too tight space and kept too isolated. Precisely because goats have a pronounced social behavior, how the animals are treated plays a major role, as they give them Adjust behavior accordingly. A buck that has always been treated as if he were aggressive may well be. Even an animal that has never had the opportunity to be socialized by living with other goats cannot be expected to learn this by itself. 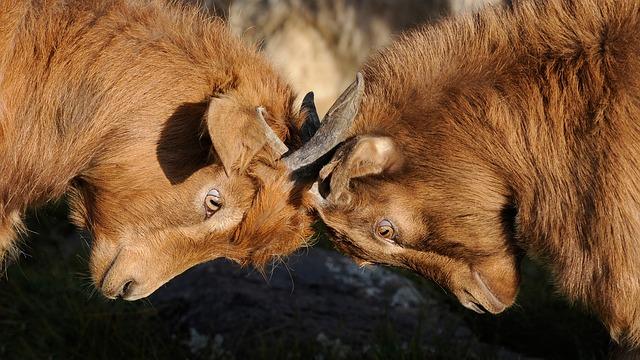 Arguments can arise during the mating season.

The eternal fight for the females

Young bucks usually leave the group they grew up in and join their peers to form a group of bachelors. During the mating season, each animal tries to find a female to reproduce. It can be partly too violent arguments come between the males.

But also about them Order of precedence Within the group, the billy goats clash regularly. But all of this is part of the natural behavior of animals. It is rather uncommon among goats for each male to mate with a female. As a rule, there are some particularly strong males who prevail and then gather around them a harem of females with whom they father offspring, while the other males get nothing. Therefore, even in captivity, it is not absolutely necessary that every buck has to mate. By far the most important thing for animals, regardless of gender, is that they are live together in a group can and cannot be kept alone.

We will give our male milk lambs from 2021 for slaughter, for hobby keeping, or of course for breeding!
The animals are kept in a species-appropriate and ecological manner.

A very beautiful pure-bred Thuringian forest goat, young buck from February 02, 2021 to be released from a proven CAE-free stock!
Well suited for breeding or for hobby keeping.
Our...

Pygmy billy goats are looking for a new home

My two dwarf goats are looking for a new home
One of the bucks (white stripe on the belly) is 2 years old and has already been neutered. I would like 50 euros for him
The little black one is 10 months ...