Already Pliny the Elder noticed around the year 79 that docks and breakwaters, which were constantly exposed to the sea water, became "a single stone", "invincible to the waves and stronger every day". The fact that the Roman author did not exaggerate here is shown on the one hand by the fact that parts of such systems are still standing today, and on the other hand in a study published by a research team in "American Mineralogist": When seawater penetrates Roman concrete, chemicals run Processes that strengthen the material and prevent cracks from spreading.

A team led by Marie Jackson from the University of Utah discovered this through mineralogical analyzes of drill cores from ancient docks. According to the researchers, the penetrating salt water in the concrete creates the rare mineral aluminum tobermorite, the platelet-shaped crystals of which give the material strength. Another mineral, phillipsite, is also formed. Both fill voids that are created when the water washes out the original material. 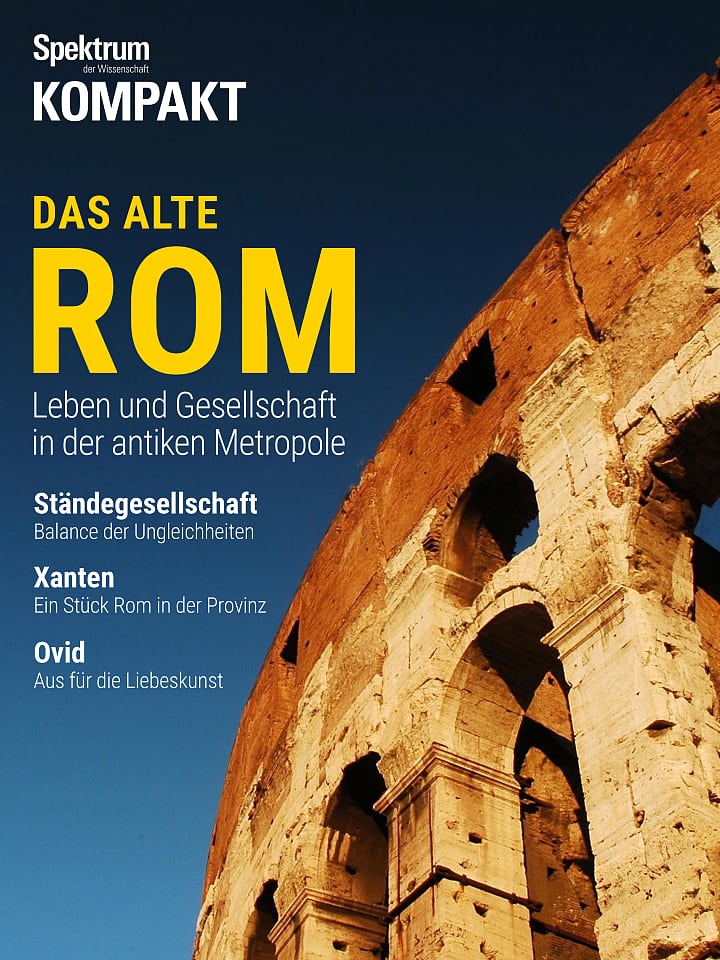 This article is contained in Spectrum Compact, Ancient Rome - Life and Society in the Ancient Metropolis

Roman concrete is practically the opposite of what you want to achieve with today's concrete, says Jackson. Nowadays, materials scientists would try to suppress all chemical remodeling processes. In particular, the additives are selected according to their inertia in order to prevent uncontrollable changes and expansion. The Romans, on the other hand, used - whether planned or accidentally - a combination of materials that favored a variety of mineralogical processes, not only in hydraulic structures, but also on land. As a result, the material transformed into a kind of new rock over time.

The decisive factor in Roman concrete, the »Opus caementicium«, was the combination of quick lime with special volcanic ash and aggregates of volcanic origin, the pozzolans. The rock is named after the city of Pozzuoli near Naples, where it was mined in ancient times. Jackson says the Romans were very lucky to have this material available. The researcher continues, presumably they were inspired by tuff rocks that arose from the volcanic ash. She and her colleagues are now looking for a material that has the same properties but is more readily available. It could also be used in modern structures, especially when durability in seawater is required.