The car of the future will be able to move independently in traffic. For the City of Vienna, the question arises as to how automated driving can help ensure that Vienna remains one of the most livable cities in the world. 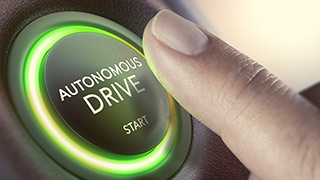 It is only a matter of time before fully automated driving becomes widespread.

What could urban mobility then look like? Will there be more or less car traffic? What effects will this development have on public space in the city? Who will think for us in traffic in the future and which moral concepts will accompany us? These questions about the future topic of "autonomous driving" will be discussed by the City of Vienna in a policy paper.

Vienna is already one of the most livable cities in the world by international standards. It is now a matter of taking on a pioneering role in the matter of mobility. It is only a matter of time before fully automated driving will also become widespread in Vienna. However, a few more steps have to be set in order to create a mobility system that is acceptable to everyone and committed to the common good.

Basic positions and need for regulation

While the technological development is driven by the vehicle and IT industry, it is the task of the public sector to pay attention to the effects and side effects. 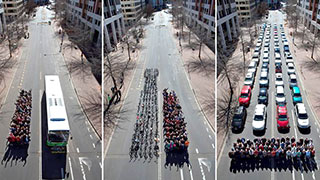 A sustainable transport system has to deal with the scarce public space in a highly efficient manner.

What applies to urban development also applies to the transport system. The limited space must be used as efficiently as possible. This is especially true for traffic at rush hour. Public transport on the main axes is unbeatable in this regard. The high-performance axes of public transport are therefore irreplaceable because of their energy and space efficiency. 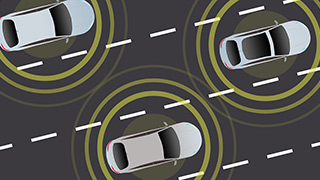 Autonomous vehicles have to cope with conventional road users.

Self-driving cars may only be registered in Vienna if they can be shown to drive significantly safer than humans. 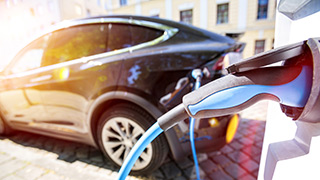 With electricity and without a driver on the road in the future.

The self-driving car will not suddenly appear on our streets. The development takes place in several stages. This has an impact not only on traffic planning, but also on spatial planning and parking space management. The fact is: public space is there for everyone. 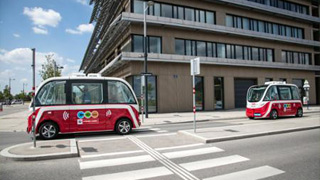 Test drive with autonomous e-buses in the Seestadt aspern

Algorithms are increasingly deciding which route a vehicle will take to get to its destination. Therefore, traffic control will be more data-based in the future. In addition to established control techniques such as prohibitions and requirements as well as the design of street spaces, there are incentive systems. This expanded repertoire enables a more accurate control of the traffic. Automation and digitization will make this easier to implement and use for everyone involved in the future.

A dialogue day was held in Vienna in April 2019. 100 Viennese were invited to jointly discuss the topic of "Automated Mobility".

It turned out that the participants in Vienna were more positive about the topic, but only provided that there were noticeable improvements in road safety and clear rules for handling data. The results of the event made it clear that a mere conversion from conventional to automated private cars cannot be the solution to our challenges in the mobility sector. Preferences for future scenarios based on public transport or new sharing offers were clear.

The format also took place in other cities in the country and around the world. In Austria, the event was coordinated by AustriaTech. In order to enable international comparability, the topics were coordinated.