What do managers often underestimate?

German liability law is putting more and more pressure on managers in this country. There has been a significant increase in the number of claims for damages for misconduct in recent years. Nevertheless, almost every seventh board member or managing director is unaware of the personal liability risks - even though every fifth manager now reports claims against himself or other board members. This is shown by the latest study "Manager Liability and D&O Insurance" by the insurance association VOV. RiskNET spoke to Franz Held, member of the VOV management.

15 percent of board members and managing directors are unaware of their liability risks. But that means that 85 percent are well informed. Or not?

Franz Held: In many cases we are dealing with a certain pseudo-security. We repeatedly come across puzzled faces when, for example, at management seminars we demonstrate the very strict liability situation that arises from the general provisions of Section 43 GmbHG or Section 93 AktG. In Germany, managers have unlimited liability with all of their private assets for simply committed breaches of duty. To make matters worse, these general facts provide for a reversal of the burden of proof. In practice, affected managers must exonerate themselves from the charge of breach of duty. Years later, however, many managers do not have access to exonerating materials, so that defense against claims is very difficult. Many company managers are now aware of the issue of manager liability. But a comprehensive picture of the personal liability risks is likely to be missing much more than the determined 15 percent.

Which errors are you confronted with particularly often?

Franz Held: There are many examples. In the context of personal liability from managers, we particularly often hear statements such as: "As a GmbH managing director, I am only liable for a maximum of 25,000 euros". That is a misjudgment that can lead to a rude awakening in an emergency. More than 10,000 claims for damages are triggered each year against GmbH managing directors alone, with liability sums in the millions. This makes Germany the world champion in manager liability. Our study shows that companies see the greatest future risk in a lack of financing options, closely followed by cybercrime. This assessment is certainly justified - but the greatest is always that which one does not or not yet know. For example, the mere failure of a deadline can trigger liability. And experience shows that there is a particularly high potential for danger in less obvious risks.

How do you rate them in this context? In many companies this is completely unknown.

Franz Held: Company managers who have dealt a little more intensively with liability risks should also keep an eye on them. This enables business leaders to make decisions that are related to the company concerned. Section 93 (1) sentence 2 AktG, introduced in 2005, expressly confirms this. In this respect, it initially has a positive effect on the liability situation. What is decisive, however, is the question to be clarified by a judge as to whether the management decision was actually made on the basis of adequate information and was oriented towards the company's welfare. It does not convey the correct information, as there are no fixed limits and each individual case is subject to a separate assessment.

We observe that supervisory boards are now increasingly making claims for damages against ex-board members. Is there a cultural change taking place in the company?

Franz Held: The ARAG / Garmenbeck judgment is of great importance here. The supervisory board decided there not to assert any claims for damages against the management board, although in this case there would have been a good chance of success. The BGH recognized a breach of duty here because the supervisory board was obliged to enforce liability claims against the management board after a corresponding examination - and has thus established the requirements for a corresponding reduction in discretion for such matters. The Supervisory Board can only exceptionally refrain from asserting the claims if there are serious reasons for the company's welfare. Unfortunately, D&O claims practice shows that ARAG / Garmenbeck nowadays triggers almost automated reflexes to act on the part of the claimant and the weighty reasons for the company's welfare are no longer examined at all. This development is certainly not in the interests of the inventor and therefore often causes high costs for defending against claims.

How can a board of directors even judge in a decision-making process whether it is exposed to increased personal liability?

Franz Held: In recent years, the legal framework and thus the liability risks have increased significantly. High penalties for violations of antitrust law, increased requirements and increasing competitive pressure lead to an upgrade in the company's legal departments and to an unprecedented "safeguard" with the solicitation of opinions from external consultants. There is a trend that the assessment of an increased risk often only depends on which values ​​or sums are moved, so that the respective underlying legal transaction is rather subordinate to the personal risk assessment. But the inadequate solicitation of third-party opinions also harbors a liability trap, as this can quickly lead to accusations of infidelity. Every entrepreneurial activity therefore carries the risk of misjudgments and misjudgments. Managers in Germany are in constant tension!

Who in a company is usually covered by D&O insurance?

Franz Held: The insurance covers natural persons in their function as members or deputy members of the management as well as executives and authorized signatories. In addition, all employees who actually perform executive functions for the policyholder are insured. The concept of the de facto managing director is derived from the Federal Court of Justice rulings, so that insurance cover is also expressly granted for the "strong authorized signatory". In addition, officers are also expressly listed as insured persons.

What risks are covered by D&O insurance? Where are the limits?

Franz Held: In the case of claims resulting from the liability risks shown, D&O cover applies. This is regularly designed as a corporate D&O. The policyholder is then the company - the insured managers are entitled to the rights from the contract. To put it simply, it is a "professional liability insurance for managers". Breaches of duty already committed negligently are covered by insurance. Usually only knowingly committed breaches of duty are excluded. However, there is no D&O standard. Those responsible should keep an eye on the insurance conditions at all times. The devil is in the details. Outdated terms and conditions can still be found, some of which are no longer in line with the market, or policies that are inadequate due to the company's structures.

Do you have an example of this?

Franz Held: If a foreign parent company provides D&O insurance cover for the German subsidiary through its D&O cover, caution is advised, for example. Since these policies often do not reflect German legal reality properly and appropriately, the manager of the German subsidiary can quickly be unpleasantly surprised if a claim is made against him. In this case, it is advisable to take out your own company cover for the German subsidiary or even a personal D&O insurance, which the respective manager then only takes out for himself. In the case of personal D&O covers, the manager then has his own sum insured. This is important if another managing director triggers a claim and then the entire sum insured is "cleared" for it. You do not experience such unpleasant surprises with a personal D&O insurance.

Franz Held: Right. However, personal D&O insurance also covers additional risks. What happens, for example, when a manager leaves the company? Former managers can hardly influence the further fate of a corporate D&O policy. Many managers underestimate this lack of control. This can be remedied by a personal D&O insurance, which even in conjunction with a company D&O insurance offers additional protection, as it were as a supplementary cushion for the sum insured.

What specific services does the D&O insurance offer?

Franz Held: In the event of an insured event, the insurer initially bears the costs of defending against an insured person in and out of court. Should the claims raised prove to be justified after an unsuccessful defense, the insurer will then also indemnify the insured person from these claims. Most D&O claims, however, are settled using the settlement channel. In order to achieve an amicable settlement of the respective damage, the insurer tries to mediate between the disputing parties. Above all, this mediation service is of great importance and requires that the claims manager has mastered the possibilities of alternative conflict management in order to be able to achieve a result that is in line with his interests.

What tendencies and trends are you observing in the D&O manager liability insurance market?

Franz Held: We clearly see a trend towards personal D&O insurance. The study shows that a third of managers are now ready to take out personal D&O insurance and thus be in control of their D&O cover. Incidentally, the D&O market is fiercely competitive, especially among medium-sized companies, and some of the product innovations sold as coverage improvements seem to be due only to the fact that they have an alleged plus point in a synoptic comparison. Hopefully this nonsense of gimmick explosions will soon come to an end.

What are the differences between the D&O insurers?

Franz Held: In addition to the different terms and conditions, it is above all the approach of the insurer in the event of a claim. In our opinion, de-escalation should be the top priority. The D&O insurer therefore needs sufficient in-house expertise to always be able to act on an equal footing. Care must also be taken in the choice of the lawyer defending against liability claims. In addition to the special knowledge owed in individual cases, the latter should also be able to act as an intermediary and thus be able at any time to contribute to avoiding an escalation of the respective damage in addition to the insurer.

When taking out D&O insurance, isn't there often the fallacy that the manager assumes fully comprehensive insurance and is later surprised, for example because the manager has intentionally or even knowingly breached his duties - and the insurer does not pay?

Franz Held: With regard to the risk of deliberate or knowingly committed breaches of duty, the potential for surprises is limited. Rather, it is the way D&O insurance works that is still surprising. D&O coverage is not a business loss insurance, but a liability product. In this respect, the D&O insurer fulfills one of its main performance obligations by initially defending the manager concerned against a claim. Fast money can therefore rarely be made owing to the cause.

Doesn't cover also create liability? Or to put it another way: Doesn't risk coverage by a D&O insurance lead to an increasing number of liability claims?

Franz Held: ARAG / Garmenbeck in particular shows that the existence of a D&O insurance does not trigger claims by managers. The cause is the particularly strict liability situation in Germany. From my point of view, it is necessary to reform the liability of the executive bodies and, for example, to introduce legally anchored limitations of liability for breaches of duty committed by simple negligence. In any case, the advantage of D&O insurance is that it largely protects the personal existence of the manager concerned.

[The questions were asked by Frank Romeike, editor-in-chief at the RiskNET competence portal]

Franz Held is a member of the management of the D&O provider VOV GmbH in Cologne. He is R 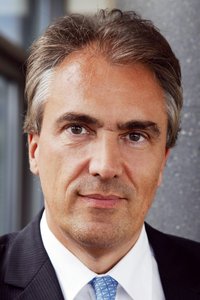 Real lawyer and trained business mediator (MuCDR) and is one of the most important D&O experts in Germany.

He passes on his expert knowledge through a large number of publications and through regular specialist lectures on manager liability.